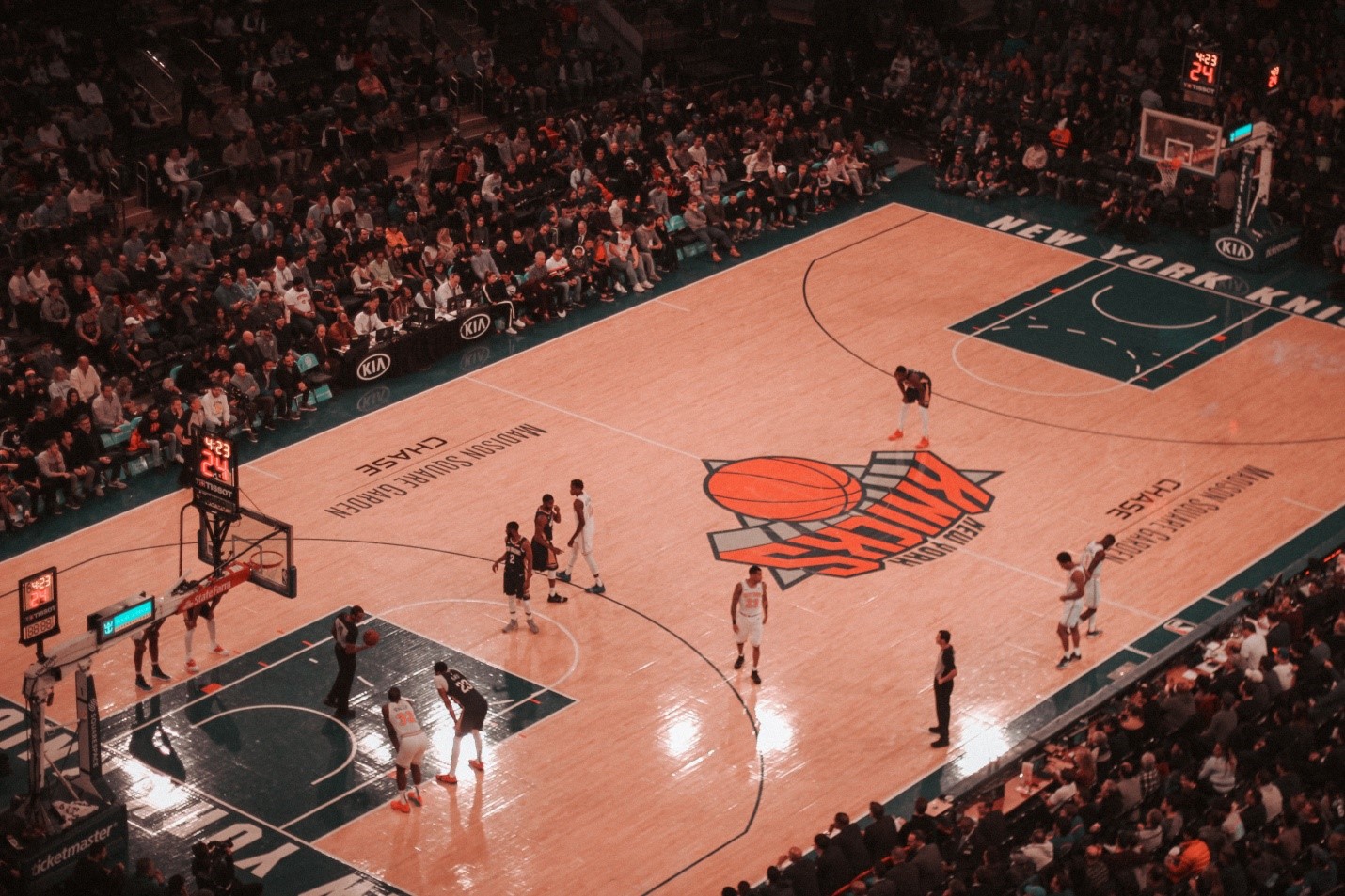 Ah, the 1990s, what a time it was to be a Knicks fan; there were so many good players on the roster back then. Patrick Ewing was the star of the NBA; everyone had seen him grow from being the promising player, fresh out of Georgetown into one of the most worthy inductees of the NBA Hall of Fame.

Recently, a video appeared on YouTube, and it brought all the memories back. Although Ewing isn’t on the court in the footage, seeing him sit alongside Anthony Mason, Charles Oakley, John Starks, and Derek Harper certainly raised a smile. The five of them are sitting around what looks like a poker table, but what they’re playing seems to be some sort of mad variant of the game. The players certainly needed to get better at poker, if that’s what they were meant to be playing, as they threw their Wiz Bucks down as if going all-in on every hand! It wasn’t the best decision either, as Wiz Bucks ended up folding, so they’re worth even less today than they were back then. Perhaps they should have stuck to cards.

For those who weren’t around in the 90s, The Wiz was an electronics dealer that you couldn’t escape; they were everywhere around the greater New York area, so the release of another in a long line of iconic ads wasn’t a total surprise, albeit the content was a little strange. Wiz Bucks appeared to be like money in the ad, with poker the vehicle by which they were wagering. However, Wiz Bucks weren’t a form of currency; they were coupons you could cut from the paper to get discounts of up to $200 on goods from the store. Although the store was well known, it was nothing compared to Ewing and co, who were bona fide stars in their own right.

There’s no doubt that Ewing was the star of the show; the 7-feet tall, 240-pound center went from NBA Rookie to Knicks legend in 15 years at Madison Square Garden. He’s one of the finest shooting players to play the game; he leads the Knicks in almost every stat, including all-time scoring leader, and is one of the best players in history. There’s not much that hasn’t been said about Ewing, but fans will fondly remember the other guys in New York just as much.

Anthony Mason was a powerful player who was one of the most fearsome opponents for anyone. While he was far from the best technical player in the Knick’s locker room, his ability to do the dirty work, putting himself in where it hurts, was a key component of that team. Aggression was a cornerstone of their success.

If the opponents got beyond Mason by some chance, Charles Oakley and John Starks were just waiting for their opportunity to pinch possession. Oakley was the master of the rebound, showing so much strength, he was consistently ranked amongst the best around the paint at picking up the pieces when it came to rebounds. While Starks just loved to smash home a dunk, he wasn’t afraid to get in his opponents’ face either, literally! There’s no doubt the Knicks were so influential in our out of possession that they could make even the best opponents in the NBA fold under pressure on their day.

However, while they always upped the ante on the court in the 90s, and there is so much to remember fondly, it’s precisely the opposite off the court, as there’s no doubt that backing Wiz Bucks turned out to be nothing but a busted flush. Still, the advert has plenty of hits, and it is well worth checking out.

← Previous Story How has the signing of coach Thibodeau impacted Knicks’ season?