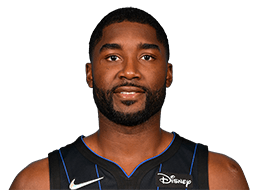 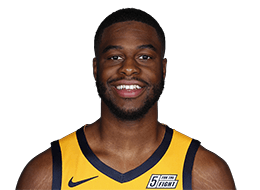 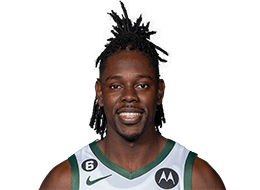 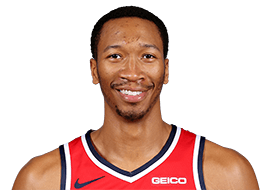 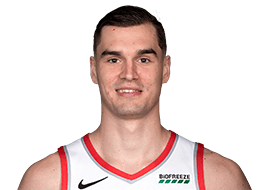 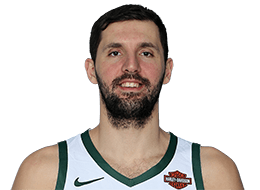 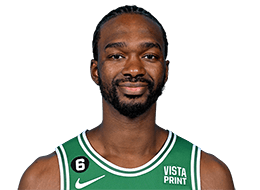 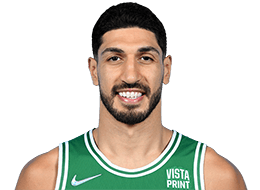 Game Preview​
A day after giving thanks for a surprising 117-109 win at Boston, a surprising victory that snapped a six-game losing streak, the New York Knicks welcome the New Orleans Pelicans to Madison Square Garden.

New York turned in a defensive effort that had been sorely lacking against the slumping Celtics, who have lost three straight to fall to 9-9. The Knicks, who allowed at least 115 points in each game during the six-game slide, held Boston to 39 percent shooting while leading by as many as 26.

Kyrie Irving scored 22 points but went 9 for 25 shooting, including 2 of 9 from 3-point range, and Jayson Tatum, Jaylen Brown and Gordon Hayward shot a combined 14 of 36 from the field.

New York survived a late run by Boston, which trimmed a 16-point lead to three with under a minute left before Trey Burke hit a 3-pointer with 13 seconds remaining.

"They stuck with it, young fellas on a back-to-back in a hostile environment," head coach David Fizdale said a night after his team blew a 10-point lead in the third quarter of a 118-114 loss to Portland. "They played through a lot of adversity."

Burke had 29 points in 32 minutes off the bench, adding 11 assists, with four 3-pointers. His dynamic play helped New York shoot nearly 50 percent from the field and 50 percent (15 for 30) from behind the arc.

"There was one key. It was Trey," Fizdale said. "He carried us home."

If the Knicks went into Thanksgiving with one big win over an Eastern Conference contender, the Pelicans' went into the holiday after a close loss to another beast from the east on Wednesday.

New Orleans fell to Philadelphia after a furious fourth-quarter rally fell one point short in a 121-120 loss.

One free throw short, in fact.

After the Pelicans dug themselves a 15-point first-quarter hole, they rallied to within one after Anthony Davis was fouled while attempting a 3-pointer with 2.5 seconds left. He made the first two but missed the third shot, and the Pelicans were left heading into the holiday downtrodden after falling to 2-7 on the road.

Davis was held to 12 points in his lowest scoring output of the season, shooting just 4 from 13 from the field in 41 minutes.

"We're not coming out with the same energy as we do at home, especially in the first quarter," Davis told reporters after the game. "We get so far behind that the game has to go perfect for us. We tend to come back but when you're playing on the road, it's tough to win on the road as it is."

Friday's matchup will be a rematch between the two teams just one week after the Pelicans defeated the Knicks at home in a game that Davis dominated.

The Pelicans star big man had 43 against the Knicks while adding 17 rebounds in a game the Knicks led by 11 in the fourth quarter.

The Pelicans remain on the road after playing the Knicks, heading to Washington to play the woeful Wizards.

"We know that these two teams, New York and DC, aren't playing well, but DC just won a tough one last night and New York gave us a tough one at home," Davis said.

Happy ThanksGiving Rady .. Thanks for the Game-Thread .. the Pelicans did well in their 4 games in 6 days (3-1)
B

Thanks for the thread, before the game Fizdale said Vonleh is our most "complete player" and he kind of shows why coach thinks this to start the game. I think it's a little bit of a reach but I believe he should've stated most "versatile"

Burke has picked up where he left off last game
B

Knox is really bad, for all the tealk about Hezonja defensively he might be worse. Kid is lost and doesn't have a clear position of either being a 3 or 4? He's Probably a 3 who can't guard 4s with size, strength, speed yet until he gets his body and knowledge of the game down.
B

What I've noticed is we've mitigated THJR some this game and used more strengths of the team to be effective. A friendly reminder that ALL STATS ARE NOT CREATED EQUALLY. The way the collective performs as a whole does.

Vonleh is the man tonight thus far, he's making it all happen
B

THJR stop the crap bruh, we were doing just fine without this trying to find groove trash play. Cut it out and move the ball
B

THJR is killing us, Fiz you got to pull him if he won't adjust, this is ridiculous. Nights like this remind me of how much I hate we signed him. He thinks he's better tan what he is.

Hardaway shoots a lot of AWFUL shots. Sure, he shoots himself into impressive streaks, but there's times in which his decisions are so bad you have to sit him. I don't know how he gets away with them. This isn't the playground, and if it was, his teammates would be mad at him there too.

Vonleh has been great. I love what he's doing.

Clyde should shut up lol

Fun game and great win.
B

Vonleh set the tone but Trier and Mudiay brought the electricity. Mudiay was special tonight and clutch in the 4th

How about that sweet alley-oop from Trier to Robinson late in the game! What a layup by Mudiay through AD to seal it!!!

Just finished watching the DVR of this game. Exciting 4th quarter. Mudiay and Trier had fantastic games. The question for this young team is who can do it consistently, game after game?

I think the value in this team is it?s talented lottery depth. I doubt any of these cats can do it consistently...

But, nothing wrong if it?s Trier and Mudiay 1 night, then Timmy and Burke another.

I think we rolled the dice on a bunch of former top prospects and may have stumbled into something - sum is greater than its parts.

If KP returns and is a borderline All star and we find a max franchise type in free agency or the draft, then Inthink I see a window opening!!!

I?ve seen enough to feel good about locking up Mudiay, Burke, and Vonleh. GSW won bc of its bench role players putting them over the top. Livingston and Co doing dirty work.
J

Dang just watched the highlights WOW! Mudiay and Trier mounted a comeback and carried us down the stretch!!! Looks like between Burke, Mudiay, and Trier we do have some actual NBA quality guards to play along with TimJr. My fav was seeing Frank cheering from the bench where he belongs. An actual 2 game winning streak will draw ire from team tank especially if Zion doesn’t fall into our laps. Team tank will circle these games and call us out for being happy with wins and start screaming Curry, Westbrook, and whatever the hell else. I’m personally glad to finally see some positive signs and progress. I’m glad for the diehards like htr10 who watch all the games to finally see a win or two.
T

Broadway said:
Vonleh set the tone but Trier and Mudiay brought the electricity. Mudiay was special tonight and clutch in the 4th
Click to expand...

Came up big but when he missed a freebie and that wide open 3 after the Knicks got the rebound I was doubting him.
T

jimkcchief88 said:
Dang just watched the highlights WOW! Mudiay and Trier mounted a comeback and carried us down the stretch!!! Looks like between Burke, Mudiay, and Trier we do have some actual NBA quality guards to play along with TimJr. My fav was seeing Frank cheering from the bench where he belongs. An actual 2 game winning streak will draw ire from team tank especially if Zion doesn’t fall into our laps. Team tank will circle these games and call us out for being happy with wins and start screaming Curry, Westbrook, and whatever the hell else. I’m personally glad to finally see some positive signs and progress. I’m glad for the diehards like htr10 who watch all the games to finally see a win or two.
Click to expand...

Fav moment for me was end of game when someone doused Mudiay with water or Gatorade like they just won a championship. Mudiay must be well liked because the guys seemed to be happy that he had a great game. Made Fiz decision a little harder on his starting pg with this game, I think Fiz will go with matchups, with Mudiay playing against bigger guards.
You must log in or register to reply here.
Share:
Facebook Twitter Reddit Pinterest Tumblr WhatsApp Email Share Link
Top