What's currently going through the mind of Mike Woodson?

Tyson Chandler said he doesn't agree with the Knicks defensive game plan and that they don't have the personnel to switch on pick-and-rolls.
Click to expand...

Chandler said switching should be the " last resort."
Click to expand...

Between Beno's trade request and Chandler dropping a body on Woody's defensive scheme....

I think its great when a 6 foot Felton guard a 7 foot tall player.......Thanks Tyson........Woody will say " of course we dont want that to be the case but then he runs the same switch defense for years " 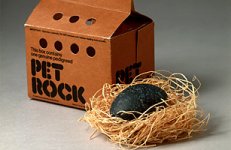 Not much happening up there.

skisloper said:
I think its great when a 6 foot Felton guard a 7 foot tall player.......Thanks Tyson........Woody will say " of course we dont want that to be the case but then he runs the same switch defense for years "
Click to expand...

I knew Woodson wouldn't last long in NY, only reason why he hasn't been fired now is because of that 54 win season. Dolan still thinks Knicks are going to turn it around He's clueless.

Sad thing is instead of Dolan putting pressure on Woodson to change things up (defensively too) and start winning or he's letting him go....He's got Woody in a comfort seat it seems...not good

There was an article in the Daily News today (by Isola...unfortunately) where he says that Dolan and Mills had a meeting with Woody telling him to "take control of this team", and that led to the peculiar benching of JR in that game against Charlotte.

I always thought Woody's answer of "I don't wanna talk about that" was kinda weak -- like it wasn't his decision to make. When a grown ass man makes a decision, and he's asked why he did what he did...9 times out of 10, he'll say "cuz I made that decision."

Plus, apparently Tyson was seen having lunch with Mills a few weeks ago, and we remember Tyson's comments after the last game.

The Isola article also said that Dolan and Mills aren't too thrilled with Woody, but it's Isola...

I will say that I always thought Woody was told to bench JR that game, because his whole demeanor was like an upset tween who was told they have to do their homework before they can go outside and play.