Was the departure of Pat Riley from the Knicks the worst blow to an NBA franchise?

I know his departure took place many years ago and nobody back then ever foresaw Pat Riley becoming one of the best general managers in the history of the NBA, but was Riley's departure from the Knicks the most detrimental blow to an NBA franchise?

Just look at how Riley's tenure in Miami contributed to the Knicks' failure to win a championship over the past 15 years. In the 1996-97 season the Knicks had a team that was built to win an NBA championship but failed that season to advance past the second round of the playoffs because Riley had his players get into a brawl with the Knicks.

In the 1998-99 season Allan Houston had that game winning shot against the Heat. Many people believe that had Houston not made that shot he would have never received that 100 million dollar contract that put the Knicks in salary cap prison throughout the Layden/Isiah years.

And now in this current day we have to deal with a super dream team, that was assembled by Riley, that will coast along to an NBA dynasty over the next 5 or 6 years. The Knicks probably have the most talented team they've had in more than a decade, but what good will it amount to if they might lose in the playoffs every season to a team that has 2 of the greatest players to ever play the game of basketball plus an all star in their frontcourt? Unless Jeremy Lin develops into a top 5 PG or Amar'e Stoudemire learns how to play some defense and some how becomes nearly the player he used to be on the offensive end of the court, do you see the Knicks winning an NBA championship in the next 10 years?

This all could have been avoided had the Knicks' franchise allowed Pat Riley to take control of the front office while he was still here. I wasn't bitter when Riley took his talents to South Beach but it seems like it was just another case of the bad luck that has been haunting the Knicks over the past 39 years.

He is the cancer to the Knicks, sadly its never going to change

Think about how Al Davis and Jerry Jones kill their teams, Donald Sterling is another example

Jimmy Dolan doesn't know how to tell a brilliant basketball mind from a dead moose. The fact that he ran Donnie Walsh out of here and had wanted to bring Isiah Thomas back to the Knicks' FO is proof why the Knicks won't win anything as long as this man's pulse is beating.

CA7 is right, James Dolan is the type of owner that hinders a franchise from reaching its full potential because he thinks he knows what he is doing. If you know the name of the owner of a team, then 9/10 times that team is doing bad because their owner only cares about making the headlines.

BIG APPLE SPORTS said:
CA7 is right, James Dolan is the type of owner that hinders a franchise from reaching its full potential because he thinks he knows what he is doing. If you know the name of the owner of a team, then 9/10 times that team is doing bad because their owner only cares about making the headlines.
Click to expand...

Dolan is the worst thing to ever happen to the Knicks

dolan sucks but u cant blame him for these losses

Hayato said:
dolan sucks but u cant blame him for these losses
Click to expand...

You can blame Dolan for the mishaps this team has had since 94, he wants to control everything and thinks he's a genius
C

Dolan is the CEO of a dysfuctional organization and it will stay this way until he gets his paws off the GM office.

What the hell was he thinking when He signed D'Antoni to a long contract but not getting a top PG for his offense? It's like sending a boxer in the ring but tie one hand behind his back.

D'Antoni and Melo is the most contrasting style of player-coach that was ever put together in an NBA team recently. It was meant to fail! D'Antoni offensive style and iso-melo became a mixture of molotov cocktail. IsoMelo in a high octane, space-out offense just went KABOOM! End of MDA!

A defensive-minded Woodson and Stat also became a mixture of molotov cocktail. Stat didnt come to NY to play defense. Offensively, Stat is still one of the best PnR in the league. I strongly believe if Stat plays under another coach, along with a good PG to run PnR, he can still become an offensive force.

But Woodson never utilized Stat as PnR. Post up is not what Stat does best; PnR is! The same frustration with Melo under MDA is going through Stat under Woodson. D'Antoni 2.0

Dolan will prob never learn that you can't force a player under a contrasting style of coach, and the coach has no idea how to utilize his talent. It will go 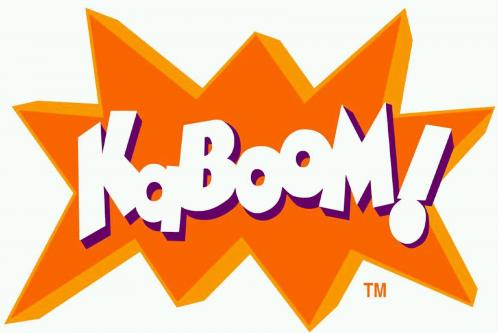