Anthony Davis gets traded to the LA Lakers, as Knicks dreams of rebuilding start fading 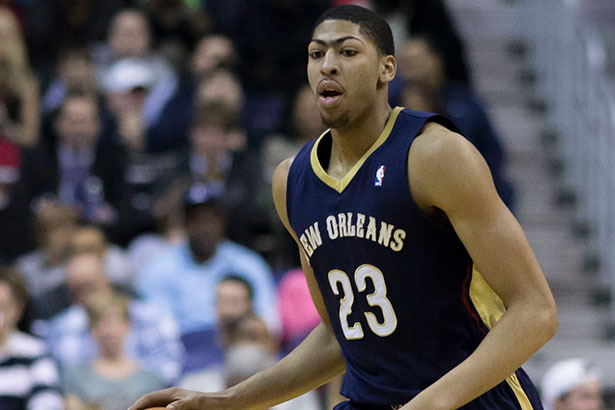 The New Orleans Pelicans have made a deal with the Los Angeles Lakers and agreed to move super star Anthony Davis next to LeBron James in exchange for Lonzo Ball, Brandon Ingram, Josh Hart and three draft picks, including #4, as Adrian Wojnarowski reported it for ESPN.

The trade works great for both organizations. The Lakers desperately needed a guy like Davis to pair LeBron with, who has missed not only his first NBA finals in nine years but also his first post season appearance since his sophomore year. The Pelicans on the other hand got a handful of players and draft picks, something that no other team has ever managed to receive for a single player in NBA history.

But where does this trade place the Knicks now?

Their dreams of building a championship caliber team were high a month ago and they had plenty of pieces on their target. First, they moved Kristaps Porzingis to the Dallas Mavericks in exchange for a very young and talented Dennis Smith Jr., and an asset in DeAndre Jordan – a guy that would lure Kevin Durant to the Big Apple.

Then, they sacrificed their season (although the front office denied tanking) in order to get the first round pick in the NBA Draft, Zion Williamson, which is said to be one of the best college players since James.

They also eyed Anthony Davis for which the Knicks could have offered the Pelicans most of their current roster.

The first blow came with the lottery when the Knicks got only the third pick and their first dream of getting Zion in a Knicks jersey suddenly vanished.

The second blow came on game 5 of the NBA finals when Kevin Durant returned to action prior a calf strain injury only to go down  in the second quarter with a devastating torn Achilles injury that will keep him out for roughly a year.

Last night, the Lakers pulled another plug on the Knicks trading for Davis and now the Knicks situation is getting more and more uncertain.

However, the situation is not desperate yet. The Lakers went extremely bold with the trade in a do or die effort to become a contender next season. The Knicks could have offered their future as well but the timing was pretty inconvenient judging by the fact that they don’t have anyone whom they could pair Davis with like LA does.

The time is running fast though and the list of available players is becoming shorter by the day. Nobody knows how serious Durant’s injury really is, how much will he be out and of good of a player will he be after his recovery.

Kawhi Leonard pushed the Raptors to their first ever NBA finals and title ring in their short franchise history and there’s not many reasons for him to leave Canada to join a rebuilding team with, yet, not enough pieces to their puzzle. Kyrie Irving is reportedly leaning more towards the Nets and Kemba Walker is most likely to re-sign with the Charlotte Hornets.

What do you think Steve Mills and Scott Perry should do? Should they follow the Lakers’ strategy and go for whatever they can get or should they save the cap space for another summer?

Tell us in our forums.