Taking a look back at the free agency and the Knicks 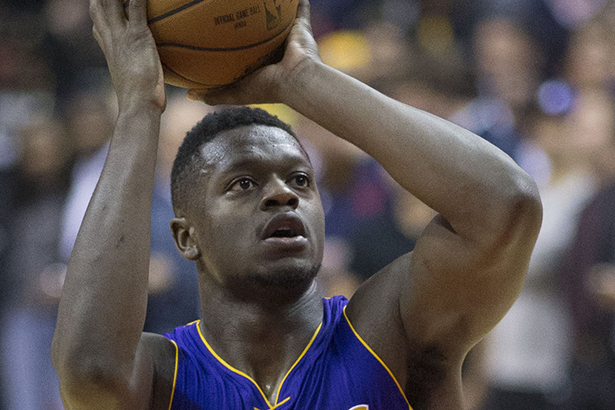 The free agency came and went by, seeing the Knicks the odd team out once again. It’s been a long and difficult wait for all NYK fans, with a lot of drama and a lot of hard decisions to make, so it must’ve been tough for the front office too.

The Kristaps Porzingis trade now seems like an old and forgotten story as the dream of signing two maximum contracts vanished rapidly as soon as Kevin Durant and Kyrie Irving decided to join forces in Brooklyn and play for the Nets instead of the Knicks.

While Kawhi Leonard has yet to pick a team, the other big names have already landed in different places.

Kemba Walker signed with Boston, Jimmy Butler went to Miami following a sign-and-trade, Tobias Harris resigned with the Sixers who also signed Al Horford, while the Warriors kept Klay Thompson, added DeAngello Russell and moved Andre Iguodala to Memphis to mention just some of the signings.

Ok, so what did the Knicks do?

Well, they signed Julius Randle to a three year $63m deal, gave Bobby Portis a two-year $31m contract, agreed with Taj Gibson to a two year $20m deal, signed Wayne Ellington and Elfrid Payton to a two-year $16m deal each and finally brought Reggie Bullock, who will earn $21m over the next two years.

A quick glance over the list and you might think, “Is this it? Is this what we’ve been waiting for? These are the guys we got after trading our unicorn?”

The short answer, yes. This is it. Was this a nightmare run for the Knicks or the best thing that could’ve happen? This is really hard to say right now because it looks so different than what people would’ve expected but let’s try and figure this out.

Had KD finished the playoffs without tearing his Achilles tendon, things would’ve probably been totally different now. But him coming down shocked the entire league.

The injury will keep him off the court for the next season so paying him the max and wait a year before one could tell if he can still level up to his status was a risk that, according to Ramona Shelburne and Adrijan Wojnarowski, the Knicks weren’t willing to take, and reportedly refused to offer him the max.

Understandable, the Knicks have had a really bad history with injury prone players since the signing of Antonio McDyess. Besides that, Kyrie’s last season with the Celtics revealed a side of him that might be difficult to deal with. Going with Irving to lead the Knicks in 2019/2020 might be a bet as risky as Duran’t recovery.

The good side of all these signings?

All of them are two year contracts (except Randle’s but the team holds the option for the third year). The Knicks will have enough cap space if they want to dive again into the free agency in 2021 and make a shot at Giannis Antentokoumpo (like that will ever happen). Even if they don’t, they have plenty of assets that can be traded for the right pieces.

They held onto their young players and kept their lottery picks. This is something that the Knicks have always screwed in the past 20 years so at least for that, Scott Perry & Steve Mills can get some credit.

Did they got what they wanted?

No and they admitted defeat with their pathetic apology.

“While we understand that some Knicks fans could be disappointed with tonight’s news, we continue to be upbeat and confident in our plans to rebuild the Knicks to compete for championships in the future, through the draft, targeted free agents and continuing to build around our core of young players”

However, they didn’t necessarily worsen things. What the Knicks did was a lateral move that will not take them straight to the top but will most likely keep them far from the bottom.

Will they be back to the lottery next year?

Probably not. A team like the one they have now should give them around 35-40 wins and maybe even some post season action.

Will the Nets rule New York?

Not by the end of next season. In fact, I believe the Knicks will actually do better by the time KD returns. What happens beyond 2020 is a singularity and nobody can tell for sure.

What do you think? Do you think the Knicks did well or horribly wrong? Tell us in our forums.