When the New York Knicks came to London 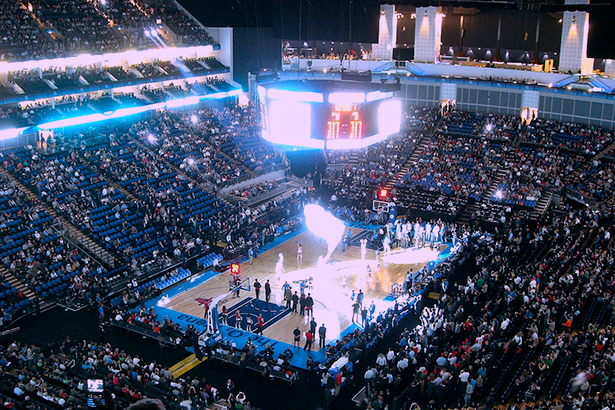 You may not believe this, but the NBA has a massive following in the United Kingdom. True, the Brits’ love of the game does not surpass the ‘number one loved’ US sport in the UK – American football – but at least more Brits follow the NBA than follow the NHL or MLB. Brits are also known for their love of basketball betting in the UK and regularly place wagers on NBA games.

There are thousands of New York Knicks fans in the UK as well, but did you know that the Knicks have played regular season NBA games in the UK, and not once, but twice? The Knicks have taken part in the ‘NBA Global Games’ series – pre-season and regular season NBA games that are played overseas. The concept commenced in 1984 when the Phoenix Suns defeated the New Jersey Nets by 148-121 in a pre-season game in Milan.

The Knicks first played abroad in October 1993 when they took on the Houston Rockets in Mexico City, running out 103-93 winners in a pre-season game. The New Yorkers have only played two regular season games abroad though, both at the O2 Arena in London.

The first was in January 2013 when they travelled to London along with the Detroit Pistons (and supreme Knicks fan Spike Lee). Naturally Carmelo Anthony was the star attraction for the Knicks and the big man did not disappoint, scoring twenty-six points.

The Knicks virtually had the game sewn-up by the end of the half, leading by fifty-six points to forty-one. The Pistons rallied briefly in the third quarter which they won by twenty-two to nineteen, but the Knicks prevailed, winning by a commanding 102-87 scoreline.

“It felt good out there,” said Anthony at the time. “I definitely had some flashbacks out there. Running out there on the court, just being in the O2 Arena.” The game was also viewed by several of the UK’s best soccer talent, including Arsenal’s legendary French striker Thierry Henry.

The second regular season game involving the Knicks in London took place just two years later, and this time the Knicks were not the winning team despite twenty-five points from Anthony, who was returning from six games out with a knee issue. The opponents this time were the Milwaukee Bucks and the Knicks found themselves well behind after just the first quarter by thirteen points to thirty-one. The New Yorkers never rallied and even when the Bucks took their foot off the gas when leading 82-56 after the third, the Knicks still went down 79-95.

The NBA Global Games series is still an on-going concern, with two regular season games in Mexico and one in January scheduled this season. The Knicks aren’t involved in any of the games, but the chances are that the New Yorkers will eventually be slam dunking in London again in the very near future.