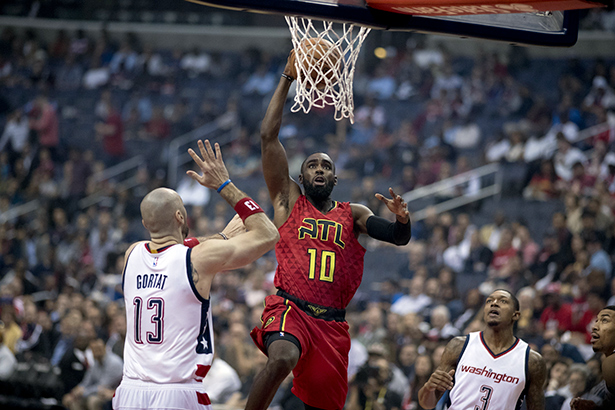 Tim Hardaway Jr, the 24th pick of the 2013 NBA draft, was offered a four-year $71 million deal by the Knicks, as originally reported by ESPN.

Drafted by New York, Hardaway was traded by Phil Jackson on draft night 2015, acquiring the rights for Jerian Grant, who was later traded to Chicago in a deal that landed Derrick Rose in Manhattan.

Hardaway averaged 10.2 points in his rookie season and 11.2 in his second year as a Knick but since he left for Atlanta his numbers increased, especially since getting a bigger role with the Hawks the second year.

Last season he averaged 14.5 points, 2.3 assists and 2.8 rebounds. His south adventure also includes 15 appearances in post season, something that the Knicks haven’t tasted since 2013.

The Hawks, however, have 48 hours to match the deal. If they don’t, the Knicks will have no reason to resign Rose unless they manage to clear up space by trading Courtney Lee.