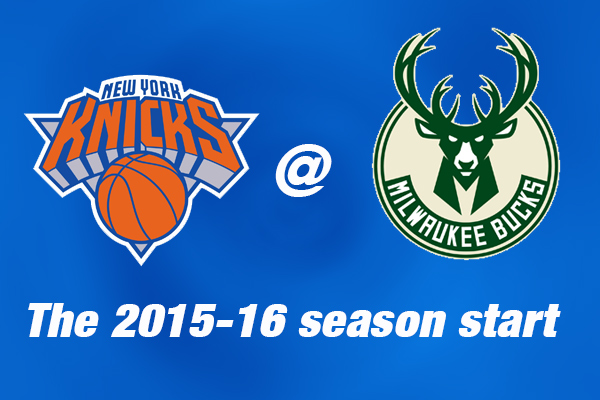 The New York Knicks are about to embark on a new season tonight, opening in Milwaukee against the Bucks, a team that, according to nyknicks.com, opens at home for the first time in 30 years.

Building up a brand new team since Phil Jackson took over, with Melo being the sole survivor, the Knicks finished the preaseason 4-2, resting the main players after 4-0, but losing Arron Afflalo with a hamstring during the last preseason game.

Afflalo will sit tonight’s game and coach Derek Fisher also announced that Kevin Seraphin will miss the opener due to his right knee. However, Sasha Vujacic will make the lineup at shooting guard alongside Jose Calderon, Robin Lopez, Carmelo Anthony and Kristaps Porzingis, while in spite of proving himself throughout the preseason, and for the last part of 2014/15, Langston Galloway will only come off the bench.

Oh yeah, we brought KO back. New website from the scratch; it’s still in bug-fixing mode but bear with us. We’re working hard to develop new features as much as time allows us. We still call this the beta version as the final release is yet to come.

Our forums are still going so join us later tonight to discuss the game live!