Enes Kanter posted record numbers that placed him next to Wilt Chamberlain, Bill Russell and Bob Lanier as the only players in history with a 30-20 game on Christmas day according to Elias Sports via ESPN.

Enes Kanter joins Wilt Chamberlain (3 times), Bill Russell and Bob Lanier as the only players to go for 30 points and 20 rebounds on Christmas, according to @EliasSports. pic.twitter.com/i9CCUZ6p1P

Kanter finished with a season high 31 points and 22 rebounds but his effort wasn’t enough to stop the Sixers, who cut a 5 game losing streak after snapping an 105-98 victory at Madison Square Garden.

“He was a man on a mission getting us those offensive rebounds.”

Kristaps Porzingis scored 22 and Courtney Lee added 20 for New York who lost their first game at home since December 3rd. 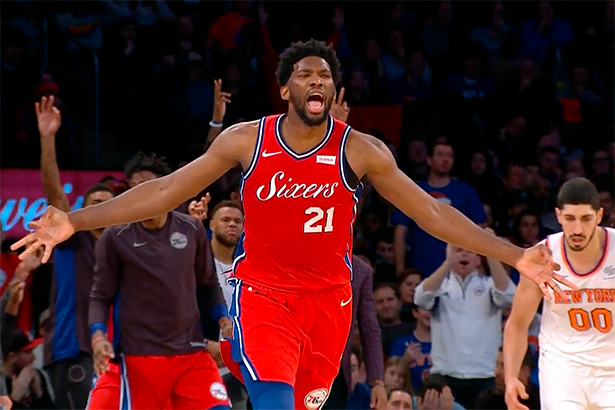 Joel Embiid led the Sixers with 25 points and 16 rebounds after missing three of their last four games; JJ Reddick contributed with 24 buckets and TJ McConnell scored 15 points off the bench.

The Sixers took a nine points lead early in the fourth quarter but the Knicks tied the game at 89 following Porzingis’ long three and Kanter’s hard work in the paint. But Ben Simmons’ dunk put Philly up by four again. The closing minutes were a frenzy of turnovers for both teams but it was the Knicks the ones that couldn’t take advantage and missed critical free throws when they needed them most.

“There was a lot of pressure on us. It’s something that we need to get better at. Obviously, the free throws, even myself, I had an off night shooting-wise. I don’t remember the last time I missed five free throws.”

In terms of statistics, the Sixers commited more turnovers but the Knicks shot terrible from the free throw lone, just under 65%.