Knicks connect two straight as they defeat the Bulls 110-92 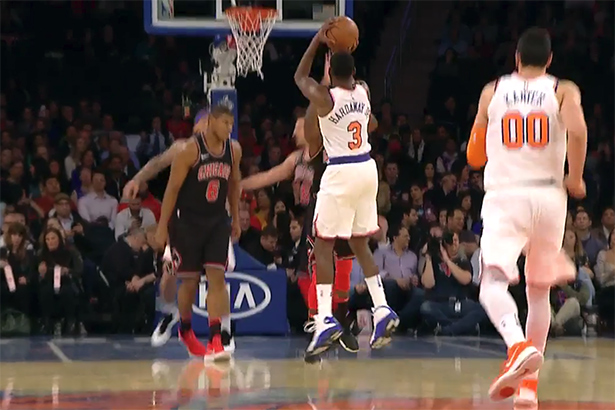 The Knicks were in full tank mode until they managed to beat the Hornets on Sunday. Last night, they did it again, this time against a direct lottery competitor.

The Bulls, another full tank mode team, played without their big names. Zach LaVine, Lauri Markkanen and Kris Dunn were all out with injuries, while Robin Lopez was kept on the bench for all quarters.

Jeff Hornacek on the other hand, started as usual with his regular lineup that he’s using since after the All Star break. Kinda difficult not to lose.

“As a player, as a guy who loves the game, it doesn’t feel good to lose. It doesn’t feel good going home after a loss, racking up losses after losses. I don’t care what [anyone] says. When you win, it’s a reward for the hard work you put in. It’s a reward to just show how far you’ve come. This is the best league in the world. Every win feel great.”

The Knicks improved their record, 26-45 but their chances of getting a better draft pick have dimmed. Currently, there are 8 teams with a worse record with 11 games left to play.