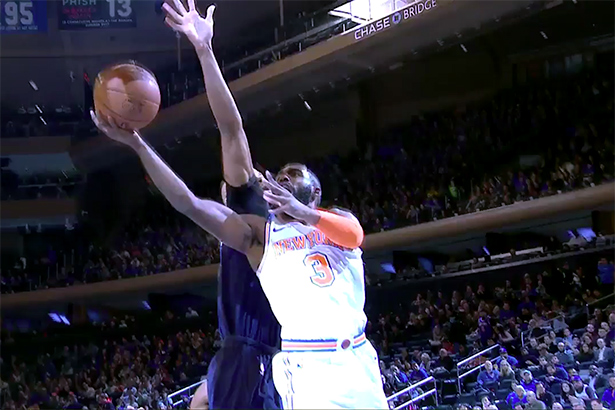 Tim Hardaway Jr. posted a career-high 39 points but his effort wasn’t enough for the Knicks to win their third game in the last four and dropped 108-104 to the Minnesota Timberwolves at the Garden.

Emmanuel Mudiay, who became the starting point guard since the All Star break, played only five minutes before being benched for the rest of the game, while Courtney Lee didn’t got much love either from Jeff Hornacek.

Lee was allowed under 15 minutes and instead, the Frank Ntilikina / Trey Burke duo was given the spotlight.

Burke was one assist away of a double double as the back court duo combined 28 points, 12 assists and 7 rebounds.

“I liked what those two guys did tonight. Emmanuel may not have had it tonight, but we’ll see.”

The ‘Wolves were led by Karl-Anthony Towns with 24 points and 13 rebounds. Taj Gibson added 18 while Nemanja Bjelica and Andrew Wiggins nailed each 17 points.

Minnesota (42-31) clinched their first winning season in 14 years and are close to make the playoffs for the first time since 2004.

The Knicks on the other hand, are most likely to go in the lottery with the 9th pick after blowing their chances to secure a better position following the two wins against Charlotte and Chicago.