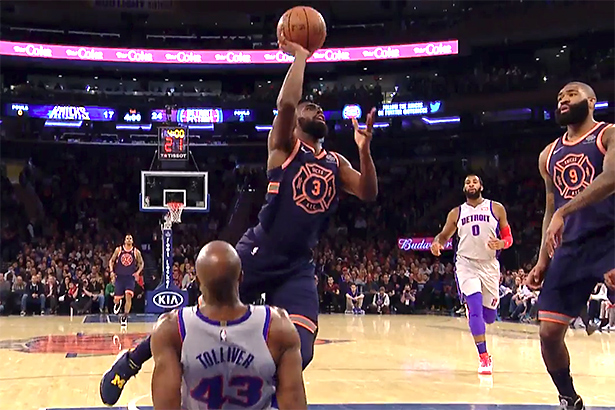 Michael Beasley led the Knicks with 32 points, tying his season-high, shooting 14-21 from the field but the Knicks fell again, as the Detroit Pistons outscored them 115-109 at the Garden.

The Knicks played without Frank Ntilikina, Enes Kanter and Courtney Lee, while the Pistons had Blake Griffin on the injury list.

The third quarter had the Knicks building a 7 point lead, but after an 11-0 run by the Pistons the fun was over and the Knicks never got ahead again.

The Pistons were led by Andre Drummond with 22 points and 17 boards, followed by Anthony Tolliver and Reggie Jackson with 17 points each.

The Knicks lock their fourth straight season of at least 50 losses for the first time since the early 60’s.