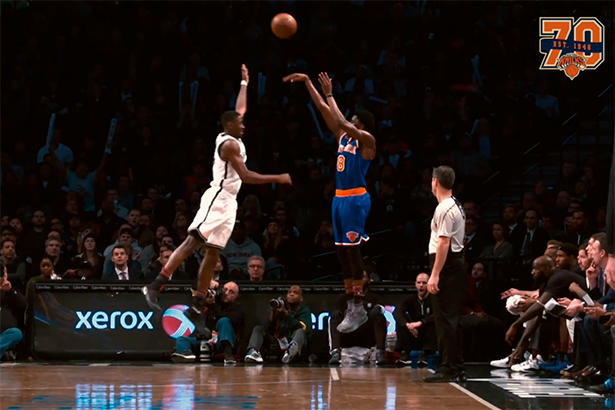 But then Kristaps Porzingis stepped up and scored 12 of his total 19 points in the last act.

Two minutes into the fourth, the Knicks sparked a 16-2 run that propelled them to a 96-90 victory over the Nets at Barclays Center.

Willy Hernangomez, who had his second straight double double with 16 points and 16 rebounds off the bench, scored half his points in the same 4th quarter.

Another solid contribution came from veteran guard Sasha Vujacic. Sasha got 22 minutes on the court and scored 12 points including a couple of four point plays.

“We came out there and we just said we are not going to lose tonight. Everybody stepped up and everybody played with heart and we represented what we represent and I think that the hustle prevailed.”

Carmelo Anthony finished with 15 points and was benched the entire fourth quarter while Brandon Jennings, who got another start, played a game high 43 minutes scoring 6 points and dishing 10 assists.