Don't Miss
Home / Columns / Mitchell Robinson: are we seeing a major star developing for the Knicks?

Mitchell Robinson: are we seeing a major star developing for the Knicks? 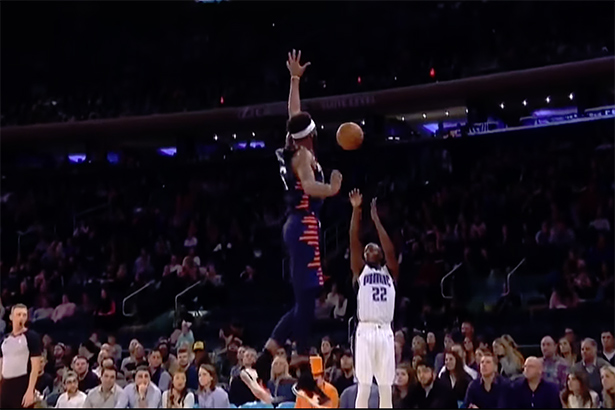 As the 2018/19 NBA season begins to come to its climax, New York Knicks fans will be looking forward to saying goodbye to it. Head coach David Fizdale certainly seems to have some rebuilding to do before the next campaign to make next year a better one all round.

One big glimmer of hope for him is rookie Mitchell Robinson, a second rounder of 2018. A real bright spark for the Knicks this time around, fans will hope that a team can be built to make the most of his prodigious talents.

Can Robinson make a big impact on how the Knicks fare?

Although the 2018/19 season is not technically over yet, Knicks fans know that the playoffs are gone and will be looking forward to next year. The burning question is, can a relatively inexperienced player such as Robinson be something to power them to success next time around?

The answer for many NBA followers is a resounding “Yes”. Already, he has shown what he can bring to the team. He also gives the Knicks a real advantage on alley-oops and slam dunks with his 7 foot 1 height advantage.

As a Knicks fan, this is certainly something to keep in mind, especially if you’re backing them to win. The impact that Robinson could have next year should not only see you get great game odds on the Knicks to win but also the player to bag points. Just make sure to choose the best NJ online sports betting operators for the most reliable odds to monitor the team and player throughout the upcoming season.

What has been behind Robinson’s development this season?

There is no doubt that the progress that Robinson has made is one of the few good things that Knicks fans have seen this year. Here is what has helped this development since he headed to New York:

There was no doubt that Robinson was a talented player when he was picked up from the draft last season. There was also no doubt that he needed to develop parts of his game and his general reading of the sport. Many therefore will have been pleased to see his progress during the latter half of 2018/19 and the way that he has worked hard to become better. All this points to a valuable player for the Knicks to have on board next year, who could be a major star for them.

Mitchell Robinson
← Previous Story Whom should the Knicks sign during upcoming offseason?
Next Story → Kevin Durant’s injury and the Knicks free agency