Don't Miss
Home / Columns / What does the Fizdale hire change?

What does the Fizdale hire change? 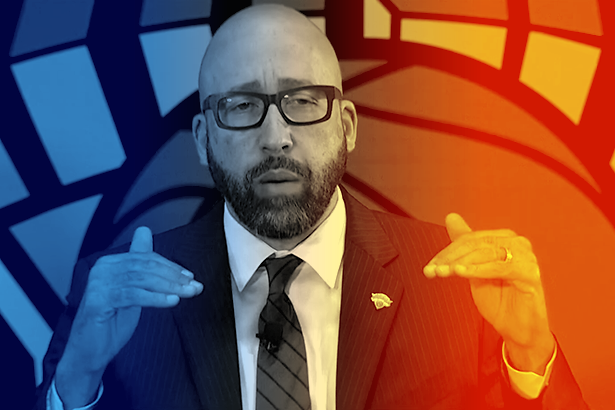 It was announced on May 4th that David Fizdale is to become the next head coach of the New York Knicks.

The team signed him to a 4-year contract that will make him the first new coach in the post-Jackson era.

Recently fired Knicks coach Jeff Hornacek was not a bad coach, in my opinion, but he was not hired by the current front office and this hire presses the full reset button on the Phil Jackson tenure. So, this hire was really about putting the next foot forward with a different front office.

Fizdale was surprisingly fired by the Memphis Grizzlies last year after the team’s 7-12 start to the season (a .368 win percentage), and the team only got worse finishing with a 22-60 record and a .268 win percentage.

While many saw Fizdale as the “fall guy” for their failures, in reality it was due to the lack of talent in Memphis. The year before, he leads the Grizzlies to the playoffs, taking the 7 seed and pushing the 2-seeded Spurs to 6 games. Before this, he most notably served as an assistant under Erik Spoelstra’s dynastic Miami Heat for 9 years.

So, why did the Knicks hire him?

First off, they made this move in the hope that Fizdale could model the team to be more “modern” on offense.

During prior years in Memphis, the team was the epitome of pre-Warriors, grind-in-the-post, inefficient basketball. However, when David Fizdale was given the reigns, he shifted the offensive dynamic of the team into more of a flexible, shooting team.

This can be seen best when he pulled bulky, slow Power Forward Zach Randolph from the starting lineup in place of the more versatile Mychael Green. This provided the team with more shooting and switchability on defense.

So, it is not crazy to say that Fizdale should help the Knicks’ offense become more “modern” and 3-point oriented. Bottom line effects of this are that we become more like the teams that are in the Western Conference Finals in shooting more 3-pointers, and I believe this rate will help Kristaps Porzingis be better utilized off of the ball and shoot more catch-and-shoot jumpers.

More on offense, it is notable that David Fizdale likes using point guards. In Memphis, Mike Conley had a top 20 usage rate of players who qualified, and it is safe to say that Conley is not a top 20 player or someone who should be having higher usage in 2016-2017 than Kevin Durant and Gordon Hayward. Aside from this also being a modern strategy, the use of the point guards will help develop guys like Trey Burke, Frank Ntilikina, and Emmanuel Mudiay more quickly.

From his interviews, defense seems to be Coach Fizdale’s top priority.

The Grizzlies processed a physical defensive culture, and while that was not established by him, Fizdale knows how to run a team focusing on defense.

In his only full year as coach, Memphis reflected his defensive focus by posting a top-3 points allowed per game in the league. Now, how that will translate, I am not sure, but the first and last words in all his interviews surround the topic of defense, so he will at least give it his best shot. In his world, he says that he can develop Mudiay and Ntilikina into hustling and defending monsters.

This won’t come to fruition if he is also pushing them with high usage rates, but I believe that at least he can instill a solid defensive mindset into them.

I am not going to sit here and claim that Fizdale is going to fix everything right away, or even that he is going to fix most things at all. Anything in that matter would really just be speculation. Rather, I have laid out a plan for what Fizdale aims to do in the Big Apple, and have shown that his past experiences leave him well suited to execute and demonstrate that he can make the correct adjustments for this new franchise.

David Fizdale
← Previous Story David Fizdale Can Fix the Knicks
Next Story → Which players could the Knicks draft following the NBA Lottery?