David Fizdale Can Fix the Knicks 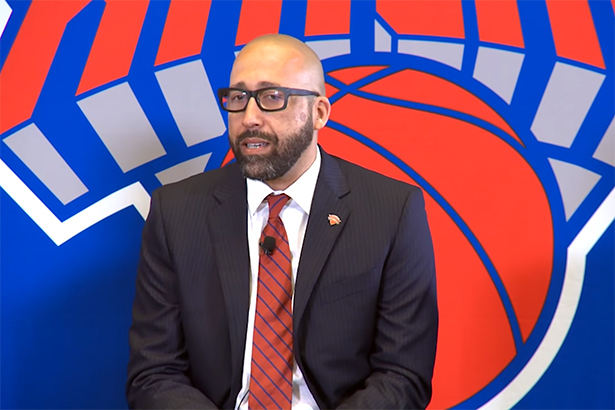 The New York Knicks’ coaching search was a thorough one, to say the least, with the team bringing in multiple candidates before making a final hiring decision. And after big names like Mark Jackson, David Blatt and others were considered, the hierarchy opted to go with David Fizdale.

Fortunately for the Knicks, they may have gotten this decision right, as Fizdale is the kind of coach that may finally be able to right the ship in New York.

When the Knicks decided to fire head coach Jeff Hornacek, they did so with their defense in mind. The team was in the bottom third of the league in points allowed last season, giving up 108 per game. That simply was not going to get the job done, whereas the hiring of Fizdale was a sign that the team was ready to address their problems on that side of the floor.

Fizdale, in his two years at the helm as the head coach of the Memphis Grizzlies, was a proficient defensive coach. Despite being known for his “take that for data” rant following a loss to the San Antonio Spurs, his Grizzlies did put on defensive clinics regularly. In the 2016-2017 season, Memphis was the third-best team in the league in terms of points allowed per game, and were in the top ten in defensive rating as well. For a Knicks team that has struggled to get stops, Fizdale could be a great way to fix that.

When it comes to the NBA Playoffs, it is a must to be able to lock in and get stops on the defensive end. This is evidenced by odds to win the NBA Finals. As of May 8, 2018, the Golden State Warriors are – 125 to win the NBA Finals at Betway, thanks to their ability to lock down on the defensive end of the floor. With Fizdale in charge, the Knicks may be able to get some stops and dramatically improve their odds next season and beyond.

For David Fizdale to fix the Knicks, there are a few things that he will need to do early in his tenure as head coach. Doing these things can help reverse the damage of the Phil Jackson era, and get the team back on track in their rebuilding efforts. And of course, failure to accomplish these items will make Fizdale’s tenure in New York a short one.

At the top of Fizdale’s list needs to be mending the club’s relationship with star big man Kristaps Porzingis. The new Knicks coach is meeting with Porzingis in his native Latvia with the intention of making Porzingis feel every bit like the star that he is. Porzingis averaged over 20 points per game with the Knicks last season before having to shut things down for the year due to injury concerns.

If Fizdale can make Porzingis feel important, he will be able to go a long way toward making sure that the Latvian stays in New York. In the past, Porzingis has hinted at leaving the Knicks at the end of his contract. That would force the Knicks to start back at square one in their rebuilding efforts, and Fizdale needs to do what he can to avoid it.

The point guard position is another area that Fizdale needs to figure out. The Knicks have three point guards currently, and need to choose who to put their faith in going forward. Young players Frank Ntilikina, Emmanuel Mudiay, and Trey Burke have all shown promise at times. But promise will not translate to wins in the playoffs, and Fizdale needs to evaluate which of these players gives the team the best chance to win going forward.

There are, of course, plenty of other areas that Fizdale will need to work on as the head man of the Knicks. But defense, keeping Kristaps Porzingis, and determining who their point guards will be are his most urgent priorities. If he can get those areas settled and the team can buy into his defensive philosophy, there is a chance that the Knicks can be a playoff team within Fizdale’s first season in charge of the team. No matter what, though, the Fizdale hire was a smart one at the time.

David Fizdale
← Previous Story Who is the Point Guard of the Future?
Next Story → What does the Fizdale hire change?

Jonny is a guest author for KnicksOnline.com