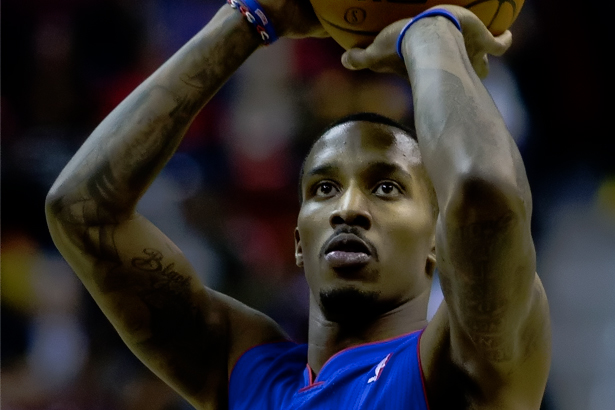 The New York Knicks are about to add another piece to the roster, in Brandon Jennings as Marc Stein of ESPN reports.

The Knicks are about to strike a deal with Brandon Jennings, according to league sources

The deal is believed to be for one year and Jennings will receive $5 million as reported by Vincent Goodwill of CSN.

Jennings, 26, was originally drafted in 2009 as the no 10 overall pick by the Milwaukee Bucks where he spent his first four seasons. In 2013 was traded to The Pistons but an injury to the Achilles the following season would make him take a step back.

Last season he averaged 6.9 points, 3.5 assists and 2 rebounds in 48 games played for the Pistons and the Orlando Magic.