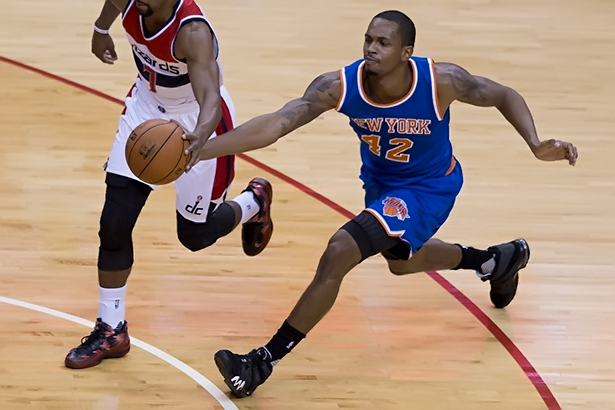 Lance Thomas agreed with the New York Knicks on a four year deal worth about $24 million, after being courted by Oklahoma City, Brooklyn, Minnesota or New Orleans.

According to ESPN’s Ian Begley, Thomas will receive $6.1 million in the first year and a 7.5% raise each year of the remaining contract.

Lance Thomas' contract is a 4-year deal with standard raises of 7.5 percent, sources say. Starts at around $6.1 million.

Thomas, 28, is a 5 year veteran and was originally aquired by the Knicks in a trade that sent J.R. Smith & Iman Shumpert to the Cavaliers.

Last season he averaged 8.2 points and 2.2 rebounds in 59 games played after his season ended prematurely due to a knee injury.

Playing behind Carmelo Anthony and Kristaps Porzingis, Thomas added depth to the forward position which is expected to continue on doing the following season.