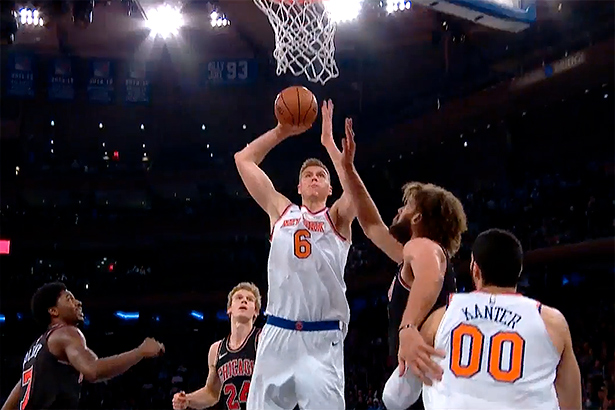 Kristaps Porzingis was named an All-Star for the first time in his career but he will only come off the bench. He lost the starting position to Sixers’ Joel Embiid who got more votes from coaches. KP was expecting that.

2018 NBA All Star GameAll StarKristaps Porzingis
← Previous Story Hardaway could miss up to 2 months
Next Story → Jeff Hornacek relieved from duties. Rambis too.