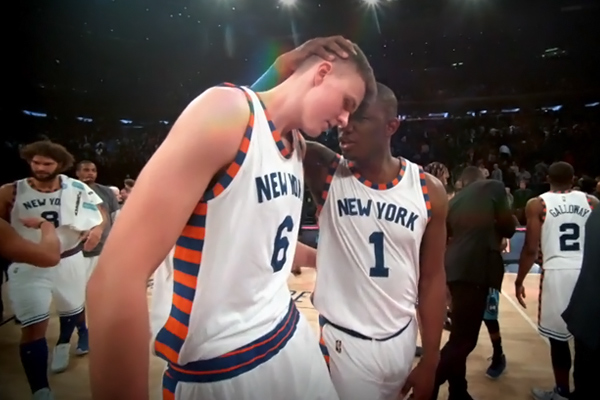 After earning the title in November, Kristaps Porzingis has once again been named Eastern Conference’s Rookie Of the Month, for December. Back in the Western Conference, Karl-Anthony Towns is the one who’s been awarded the title, and, just like our Latvian rookie, for the second month in a row.

Although Sixers’ Jahlil Okafor ranked higher in points and rebounds, with Porzingis having a lot of ups and downs last month, Kristaps dominated in blocks.