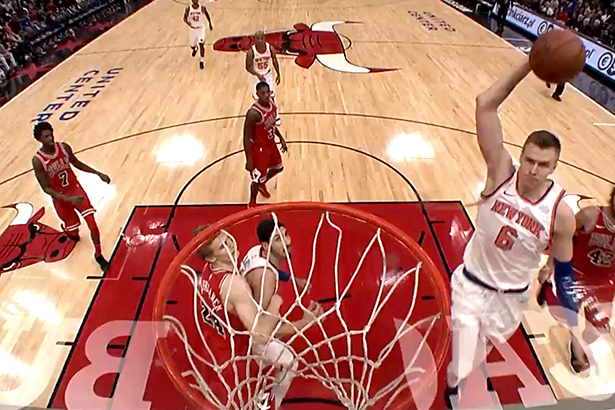 In a move that stunned the entire league, the New York Knicks announced on Thursday night that they traded franchise player Kristaps Porzingis to the Dallas Mavericks.

After being drafted third in 2015, Porzingis spent three full seasons in New York and was believed to be the center piece of the rebuilding process. However, he became disappointed by the direction things were moving this year and requested a trade recently.

The other Knicks players involved in the trade are Tim Hardaway Jr., Courtney Lee and Trey Burke. In exchange, the Mavericks sent sophomore Dennis Smith Jr. (a guy that the Knicks passed on in 2017 in favor of Frank Ntilikina) and veterans DeAndre Jordan and Wesley Matthews, both of them with expiring contracts.

Now it’s up to Scott Perry and Steve Mills to see if with the available cap space this summer they will be able to land two max contracts and make the best of the situation. Because if they don’t manage to get at least Kevin Durant (best case scenario also Kyrie Irving), then this trade might do down as the worst move in franchise history.

Meanwhile, the Knicks have lost their 12th straight game after falling to Irving’s Celtics last night at the Garden, 113-99 and are now owning the worst record in the league, 10-41.

Knicks move above .500 in big win over Pistons