Steve Mills is no longer the Knicks president 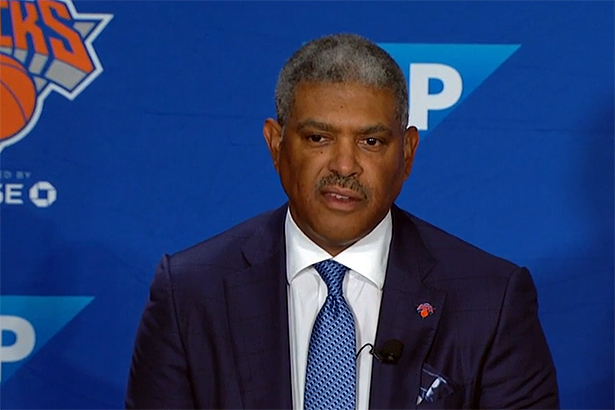 It finally happened. The plug on Steve Mills was pulled and the President position for the New York Knicks is now open.

James Dolan has had enough and even though New York won their previous two games, the “Sell the Knicks” chants that were shouted at the Garden last week must have reached his sensitive cord.

With just two days before the trade deadline, the responsibilities have fallen in the hands of GM Scott Perry who will most likely call the shots for the upcoming trades.

The history between the Knicks and Steve Mills is a very long one, and it hasn’t met much success. Mills (60) joined the organization in 1999 as executive vice president but got more involved in decision making four years later, in 2003.

He helped landing Isiah Thomas as president the same year and continued to stay with the organization until 2009 when he left MSG. With his departure, the downfall of the franchise reached rock bottom as the laughing stock of the league.

But in just 4 years they managed to rebuild and win the Atlantic division title for the first time since 1994. They won 54 games and went into the playoffs winning their first series since 2000 only to be eliminated by the Pacers in the conference semifinals in six games.

Mills returned in September 2013 as vice president and general manager and in 2017 he replaced Phil Jackson as team president after the hiring of Scott Perry as GM. The Knicks have never reached the playoffs since his return.

Let’s hope for the best now..