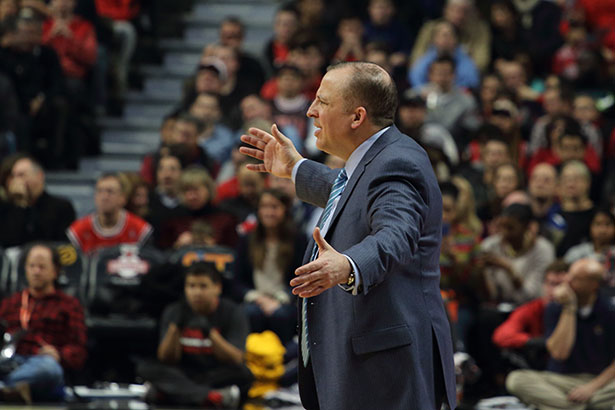 After numerous weeks of searches and interviews, the Knicks finally got their man for the head-coach position, as Adrian Wojnarowski reported. The decision was made upon numerous candidate hearings which included names such as Jason Kidd, Mike Woodson or Kenny Atkinson among others.

Tom Thiodeau returns to New York after leaving the franchise in 2004, following an 8 year stint with the team as an assistant coach for Jeff Van Gundy and Don Cheney after. During this time, the Knicks set a league record by going 33 consecutive games holding their opponents under 100 points. Thibodeau has long desired to return to New York, and 16 years later he got his wishes.

After 2004 Thibodeau’s career took him back next to Jeff Van Gundy, whom he assisted during Van Gundy’s time with the Houston Rockets, then, in 2007 he was named associate head coach of the Boston Celtics, helping them on becoming the best defensive team in the league.

In 2010 he was confirmed as the Chicago Bulls head coach and during his 5 year stay in Chicago he was named NBA coach of the year in 2011, he became the fastest coach in history to win 100 games, took the Bulls to the top seed in 2012 and was the runner-up in the 2012 NBA coach of the year voting. In 2013, he was third.

Tom was also involved with team USA as an assistant coach where he got the gold medal at the 2016 Olympic games in Rio. In 2016, he was named head coach and president of basketball operations of the Minnesota Timberwolves. The Wolves, who haven’t been to the playoffs since 2004, returned to post season in Thibodeau’s second year but in spite of the success, Thibodeau was released in 2019.

Today, Thibodeau becomes the 13th Knicks head coach since 2001 and with a career record of .589 he is one of the top coaches that got this job since Mike Woodson.