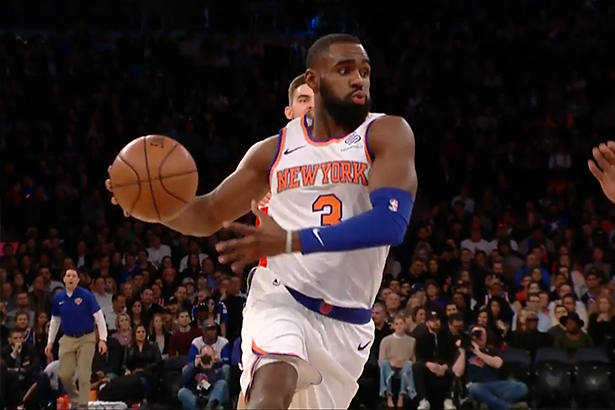 If anyone was still wondering whether the Knicks are tanking or not, yesterday’s game was a strong statement in that favor. Taking a 27 points lead in the second quarter, the Knicks collapsed entirely on the third act and weren’t able to get back in control during the last quarter. In the end, Wizards walked away with a 118-113 win.

Tim Hardaway Jr led the Knicks with 37 points and and looked to have broken out of the slump in the first half, when he scored 32 of them. In the second half however, he faded going just 2-10 from the field.

“It’s embarrassing. You really want a game like this. They were down 27. We had opportunities to close the door and go into this break with a great mindset. It sucks to let this one go like that. Kudos to them.”

Enes Kanter finished win double double with 24 points and 14 rebounds and Michael Beasley did the same with 16 and 11. The rest of the team was in single digits.

Jeff Hornacek continued to give big minutes to his veteran guards, who combined over 60 minutes on the floor and came up with 13 points, the same that the younger French-speaking duo posted in just 30 minutes.

The Knick have dropped now 23-36 and will not play again until after the All Star break.