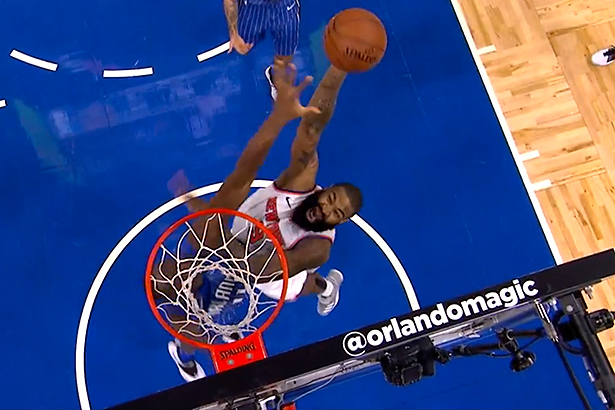 With the All Star break coming, the Knicks had a lot to think about. They weren’t able to win a single game since losing Kristaps Porzingis and their playoff hopes vanished after losing eight straight games.

A few adjustments were made to the roster and also to the lineup. For the first time this season, Emmanuel Mudiay got to start, replacing veteran Jarrett Jack, who will probably come off the bench from now on.

However, this wasn’t his night. Another newly arrived guard stole the spotlight and he did it as a backup.

Burke scored 8 of his total 26 points in the fourth quarter in which he played entirely.

“Our defense was pretty much the reason we won. A lot of people look at the offensive end, but defense allowed our offense to get some good looks.”

Orlando had the better start, taking a 10 point lead after the first quarter but the Knicks fought back and outscored their opponents in all of the other three acts. Down by 11 early in the third, the Knicks went on a 13-0 run which put them in the lead, thus changing the outcome of the game.

Tim Hardaway Jr. scored 23 but struggled from behind the arc, shooting just 1-6, Enes Kanter finished, as usual, in double double with 12 and 12 while Kyle O’Quinn delivered 14 points off the bench.

Mudiay, although finished with just 8 points synchronized well with Hardaway at the end of the second quarter when he dished Timmy with a great pass for a alley-oop just before halftime.

The Magic were led by Evan Fournier with 25 points while Nikola Vucevic scored 19.

The Knicks now improved to 24-36 while the Magic took a big step towards the lottery dropping 18-40.

The Knicks have signed during the All Star break forward Troy Williams to a 10 day contract after being waived by the Houston Rockets. A young athletic type of player, Wiliams played his first six minutes as a Knick last night scoring 4 points.

Johnny O’Bryant, aquired from the Hornets in exchange for Willy Hernangomez was released.