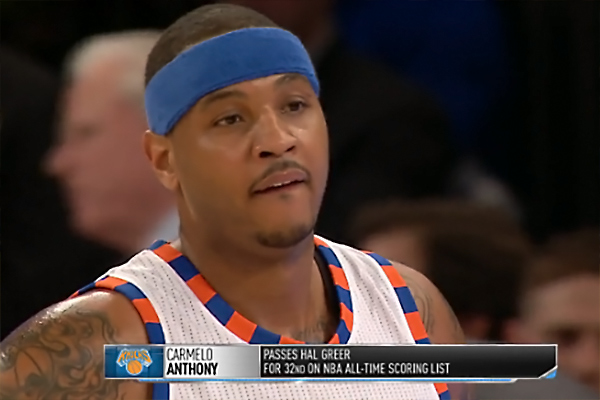 The Knicks snapped a four game losing streak and closed 2015 with a solid win over the Detroit Pistons.

In spite of New York’s slow start, and Carmelo Anthony‘s struggling, shooting 2-5 and turning the ball twice, it was Jose Calderon who kept the Knicks going. The Spanish guard scored 8 out of his total 15 points in the first period, including two three pointers while Robin Lopez had 3 out of his total 6 blocked shots in the same quarter, receiving praises from Pistons head-coach, Stan Van Gundy.

”Lopez blocked six shots. You know why? He played hard. Robin Lopez was a major factor in this game.”

New York’s first lead of the game came in the second quarter during an 11-0 run that took off with a layup and two jump shots from Kyle O’Quinn, a three pointer from Lance Thomas followed by two points from the free throw line by Derrick Williams.

Kristaps Porzingis who finished the night with 10 points was sidelined throughout the 4 quarter, allowing guys from the bench to spend more time on the court. As a result, Williams scored 16 of his total 18 points in the last period.

Once again, Anthony led the Knicks with 24 points, 6 rebounds and 6 assists, and at the end of the game, no more than 6 Knicks were in double figures. Kyle O’Quinn had 12 and Robin  Lopez 11.

The Knicks shot 54% from the field last night including 8-16 from behind the arc.