Failed comeback to start 2016 with loss in Chicago 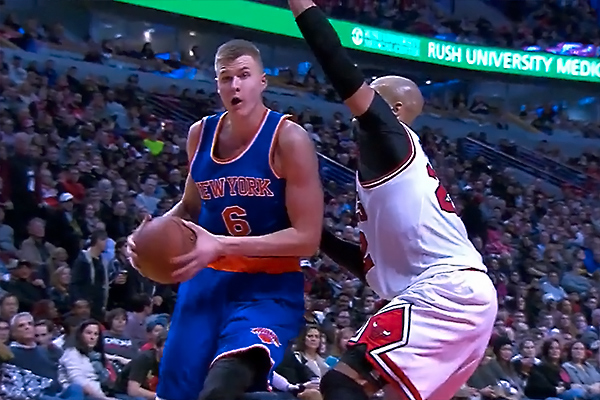 The New York Knicks walked in the new year in worst possible fashion, with a horrible loss in Chicago, 81-108.

The Knicks started the game with engines turned completely off, allowing the Bulls to go quickly on a 11-0 run, before Kristaps Porzingis’ layup put the first two points on the scoreboard. New York would trail however by 17 points later and end the first period 34-18.

A wake-up call would come later in the second quarter when the Knicks managed to close the gap at 6, with three pointers falling from the hands of Carmelo Anthony, Jose Calderon and Porzingis.

New York’s run would continue in the third quarter when, with 5 minutes left before the final quarter, Porzingis’ hook shot would put New York up for the first time, 67-65. Those would be the last points scored by the Latvian rookie who finished the night with 9 points and 9 rebounds.

In the fourth period, disaster struck. The Knicks were outscored 31-8 making this the lowest output in a fourth period in the entire Knicks history.

“I thought we got discouraged, and we let our energy get turned around the other way. It snowballed from there.”

Anthony led the Knicks with 20 points and 7 rebounds while Calderon had 18 buckets. Lance Thomas was the only other Knick who finished in double figures, scoring 11 points off the bench.

Chicago Bullsrecap
← Previous Story Knicks close 2015 with win over the Pistons, 108-96
Next Story → Afflalo explodes with 38 points to lead the Knicks over Hawks