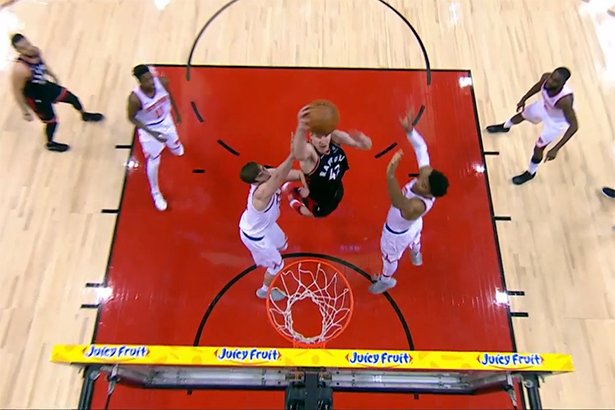 With their franchise player ending his season with a torn ACL, the Knicks are now sharing their minutes with the entire bench.

Luke Kornet had only played 4 minutes, in a preseason game until last night, but in Toronto he spent 22 minutes on the floor. Kornet debuted strong, finishing in double-double, with 11 points and 10 rebounds, also delivering 4 blocks.

The Raptors, led by Jonas Valanciunas with 18 points an 10 rebounds, had no problem to deal with New York and won 113-89, in a game that they controlled from one end to the other.

The Knicks managed a 7-0 run in the closing minute, avoiding thus, an even more embarrassing loss.

“We’ve had a lot happen within the last 24 to 48 hours. Guys are still rallying around each other, still trying to come out and play hard and compete, regardless of whatever the circumstances are.”

Michael Beasley scored 21 points as a starter and Trey Burke added 12 buckets off the bench. Jarrett Jack finished with 10 while the rest of the team ended in single figures.