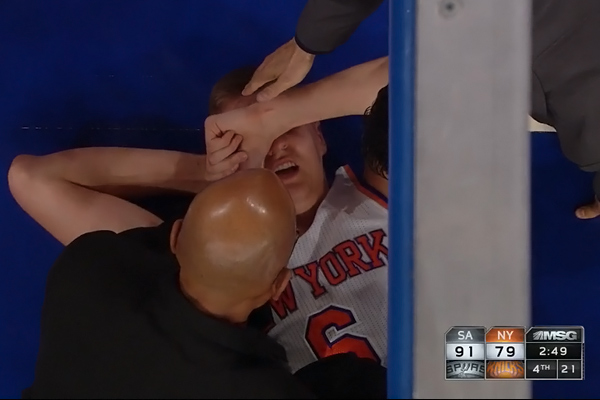 The New York Knicks fall again at MSG, 94-84 but the worst news is they lost Kristaps Porzingis to an injury too.

With less than 3 minutes on the clock, Porzingis rebounds a ball in the paint, fails to score, Anthony fights for possession but trips and falls over Porzingis’ neck.

Kristaps didn’t recovered and remained on the floor until medical intervention. The X-Ray came back negative however and the Knicks ruled out a concussion but they confirmed a “soft tissue injury” as he will continue to be evaluated.

Porzingis had his best game as a Knick last night, leaving the floor with 13 points and 14 rebounds