Knicks survive the 4th quarter and take the victory 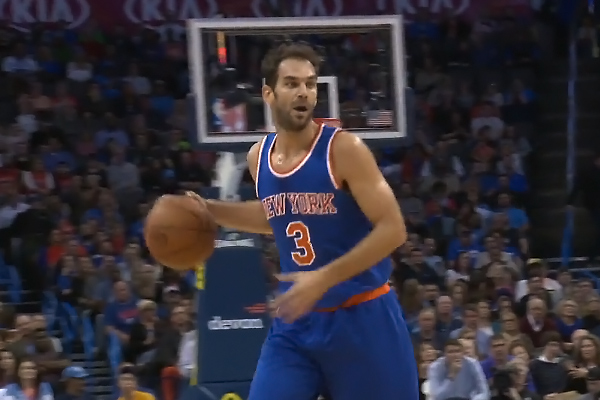 The New York Knicks went strong against a Durantless Oklahoma City and built a nice lead as Carmelo Anthony and Arron Afflalo combined for 39 points to help the Knicks survive a 4th quarter thriller and win 93-90.

New York is now a winning team, with a 7-6 record but they were close to almost blowing a 16 point lead in the fourth quarter. Russell Westbrook scored 15 of his total 34 points in the last act and gave the Thunder a chance to tie the game with 11 seconds left, after Robin Lopez’ bad inbound pass turned the ball over and almost the fate of the game.

Westbrook and Dion Waiters each missed the chance to send the game in overtime and Knicks start the 4 game road trip with a win.

Jose Calderon is easily getting back after a disappointing season start and combined 10 points, 7 assists and 3 steals. Lance Thomas scored 12 points coming off the bench while Langston Galloway scored 5 and had a season high 5 steals.