Knicks take a step back, fall in Milwaukee 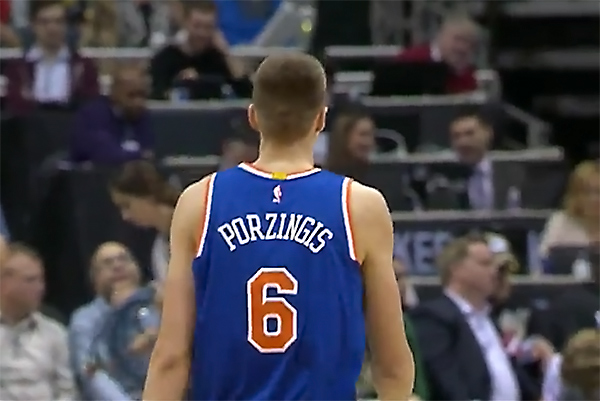 Coming after home wins against the two worst teams in the Atlantic, New York stumbled upon a tougher nut to crack. Meeting for the third time this season, the matchups between the Knicks and Bucks always ended with the win of the opposite team.

Facing three guards down with injuries, Bucks coach Jason Kidd returned to veteran OJ Mayo for the starting PG position. Mayo proved to have a decisive contribution as not only he involved his team-mates  but also finished with a season high 17 points to help his team with a 91-106 victory over New York.

The Knicks had a cold start going 2 from 8 from the field, allowing Gregg Monroe to dominate in the paint and score consecutive times.

Kristaps Porzingis was less of a factor as he scored just 12 points and grabbed 7 rebounds as he mostly struggled to stay out of foul trouble. He got his second foul late in the first quarter and got benched, after he returned he couldn’t find his aggressiveness anymore.  He also turned the ball over 5 times.

“He ain’t going to be the great Kristaps every day. He’s due for a game here and there to enjoy this process. It happens.”

Milwaukee went on a 15-0 run early in the third quarter to take a 52-73 lead and the Knicks were never a threat after that.

New York has now dropped to 10-11 and return to the Garden on Monday to face the Dallas Mavericks.