Losing streak extends to 3, as Knicks lose to Jazz 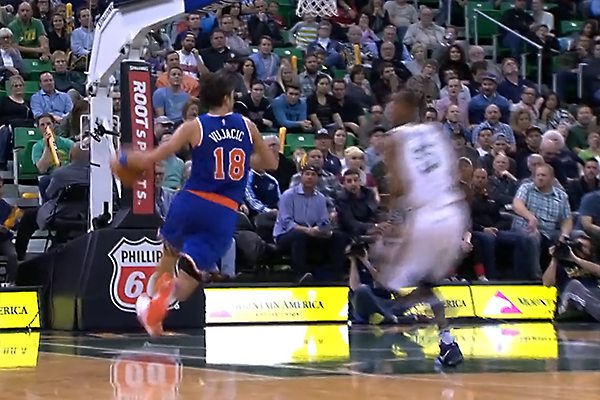 Carmelo Anthony scored just 12 points shooting 3-11 from the field as the New York Knicks lose third game in a row, a 85-106 blowout against the Utah Jazz.

The Knicks started the game very slow, trailing 18-4 after just about 5 minutes and they couldn’t recover.

Kristaps Porzingis played his worst game as a Knick, scoring just 4 points and grabbing 3 rebounds as he was limited to 13 minutes of action.

Sahsa Vujacic returned on the court after missing 5 of the last 6 games and got as plenty of playtime as he used to get while Arron Afflalo was injured. In 26 minutes, he was the most efficient Knick, with 10 points (shooting 3-5), 7 assists and 3 steals off the bench.