Second unit steps up as Knicks beat the Magic 106-95 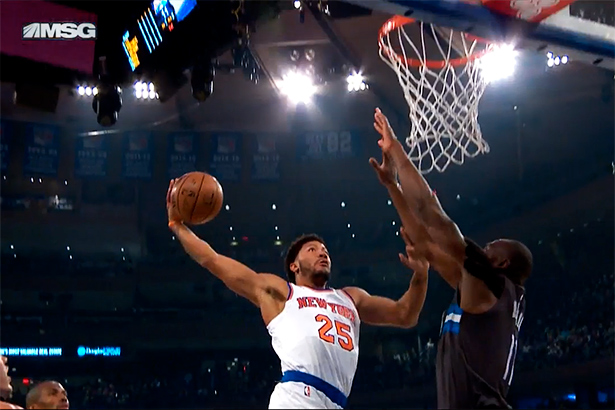 The Knicks ended the first quarter 19-27, with all the starters sitting. In fact, the second unit went in the game hard and helped New York get their second straight win, 106-95 against the Orlando Magic.

Kyle O’Quinn logged a double double with 14 points and a season-high 16 rebounds, while Willy Hernangomez finished with 15 points, shooting 7-11 and showing that he can not only score from the paint, but also from the three-point line.

Brandon Jennings catalyzed the firsts half and although he scored just 4 points, he dished a season-high 12 assists and registered a game high +15 against his former team for which he barely played last season.

“Guys had it going early. It was definitely fun to see guys make shots. Once I got in a rhythm like that, I’m just keep passing.”

Courtney Lee, another former Magic, combined 10 points, 3 assists and 3 rebounds against the team that took him to the 2009 finals.

Unfortunately, the Knicks lost Kristaps Porzingis early in the fourth quarter when he bumped knees with Nikola Vucevic and limped off the court. Diagnosted with a “contused right knee“, it doesn’t seem to be something serious but his status for the Christmas game against the Celtics in uncertain. Porzingis had 12 points, 4 rebounds and 2 blocks.

Carmelo Anthony, who’s been facing criticism from his former coach, George Karl in his upcoming book, responded with 15 points and 8 rebounds. He called Karl’s shots irrelevant and hoped that it will bring him happiness.