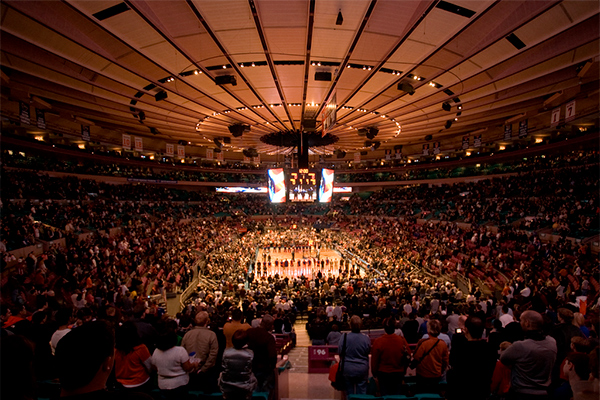 The past decade hasn’t been a glorious one for the Knicks. There are several factors that have contributed to the team’s condition today. However, handing out sizeable contracts to bad players is arguably the biggest.

This piece takes a look at Knicks players many fans would rather not talk about. They are part of the reasons why some fans spend time on new online casinos as can be found on newcasinosonline.co during games instead of watching their team compete for nothing; again.

Shandon Anderson was sent to the Knicks by the Houston Rockets in exchange for Glen Rice. Glen Rice had played from the bench in his one season for the Knicks and was a great three-point shooter. However, Knicks GM at the time, Scott Layden, believed the younger Anderson was a good replacement for Rice. Unfortunately, Anderson was inconsistent and only averaged 7.1 points per game all through his 3 seasons with the Knicks. Many believe this was where the wheels began to fall off for the Knicks.

Former Knicks GM Isiah Thomas made some high profile bad deals and Francis was one of them. In a bid to spice up the Knicks line-up, he sent Trevor Ariza and Penny Hardaway to Orlando Magic in exchange for Steve Francis who had already built a reputation for being volatile.

True to his reputation, he was moody and underachieving all through his one and a half season with the Knicks. Many expected him to return to the electrifying guard he was out of college but he was largely lackadaisical and was never in top physical condition.

In the 2004-2005 playoffs, Jerome averaged 12.5 points, 6.8 rebounds and 1.8 blocks in 11 post season games for the Seattle SuperSonics. Those numbers are enough to turn any heads but Isiah Thomas was the first to take the bait. He ignored the fact that Jerome was 7’1″ and thus those numbers should come standard for him.

Jerome got a $30 million contract spanning 5 years which was a truly terrible investment. He spent 4 seasons with the Knicks before being traded to the Chicago Bulls in 2009. He only appeared in 91 games over that period and averaged just 9 minutes per game. Jerome’s contract was one of the main reasons why the Knicks had salary cap issues in the 2000s.

Before getting into the NBA, Curry was regarded as one of the top high school players in the state of Illinois. His school finish second place in the state and he was names Mr. Basketball. In 2001 he was selected to the 2001 McDonald’s All American team and his future looked very bright. He entered the draft, skipping college and was selected as the 4th overal pick in the 2001 draft, by the Chicago Bulls.

In 2005 was traded to New York after refusing to submit a DNA test to clear things about his heart condition, alongside Antonio Davis in exchange of Tim Thomas, Jermaine Jackson and Mike Sweetney. New York also gave up a first round pick who proved to be LaMarcus Aldridge. Out of the 5 seasons he spent in New York, only his second showed signs of the player he promised to be. Eventually his weight issues got a hold of him so that in his last two seasons he combined only 10 games. His huge contract was one of the worst in Knicks history as New York paid Curry $60 Million over 6 years.

Next Story → Can the Knicks Save their Season & Get Into the Playoffs?