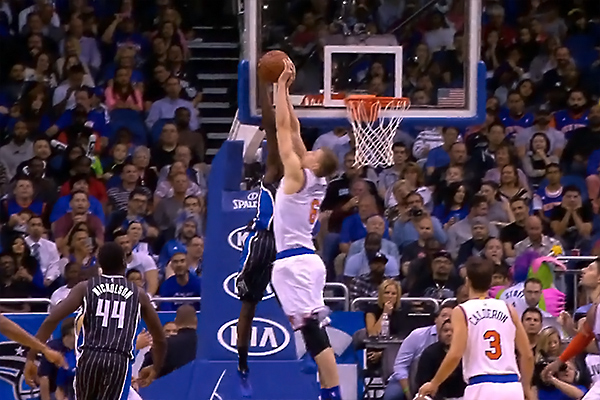 The Knicks’ offense went cold against the Orlando Magic in the last of a four games road trip, and returned to .500 after losing 91-100.

New York shot below 40% from the field with only three players making half or more of the total attempts.

In spite of shooting 3-13, with 0-4 from long distance, Kristaps Porzingis had another solid night on the defense side, blocking 6 shots and grabbing 8 rebounds on top of the 10 points scored.

The points failed to drop consistently from other guys bisides Carmelo Anthony and Jose Calderon, who combined 51 points. Anthony finished in double-double, with 28 and 13 while Calderon had scored 23 and dished 4 assists.

Robin Lopez was close to getting in double double as well, as he finished the game with 8 points and 12 rebounds but it was the bench who failed to produce again, scoring just 12 points while shooting 3-20 from the field.