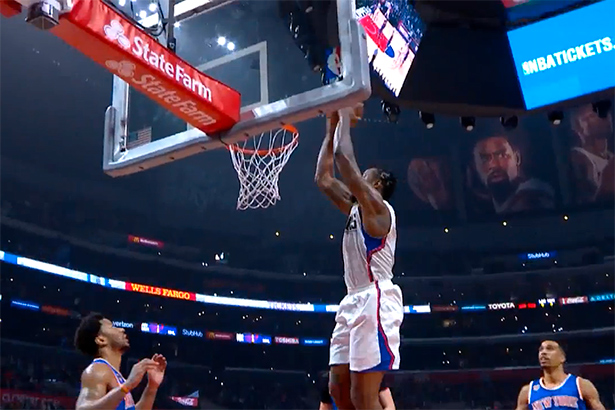 Ater embarrassing losses against Brooklyn, the Knicks embarked on a four game west coast trip that started last night in Los Angeles, against the Clippers.

Kristaps Porzingis returned after his most recent thigh injury and alongside Derrick Rose scored 18 points each while Carmelo Anthony had 16 but they couldn’t stop Blake Griffin who exploded for 30 buckets shooting 12-19 from the field.

Chris Paul finished with 13 points and 13 assists, DeAndre Jordan dropped 14 and grabbed 10 rebounds as the Clippers knocked the Knicks 114-105.

The Clippers took a 25 point lead after three quarters and although they pushed for a comeback the Knicks couldn’t get back in the game in spite of winning the last quarter 33-17.

Porzingis was the only starter who played during the last act, Jeff Hornacek sending the bench to support him. Doc Rivers also rested his starters in the final 12 minutes.

They are however the 6th worst team in the NBA, tied with the Kings and should they decide to tank they could fall behind Philadelphia and Orlando to improve their chances to get a higher pick in July.