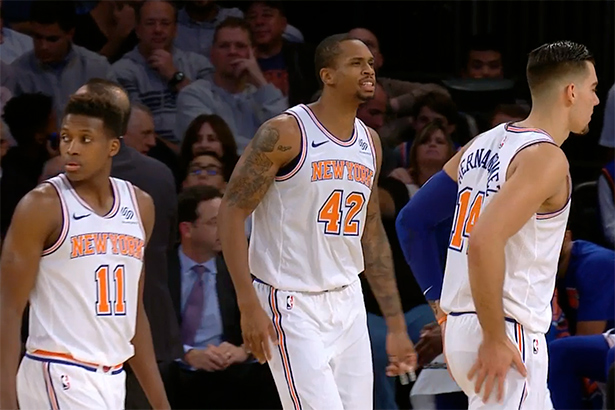 Kristaps Porzingis scored 10 of his total 22 points in the first quarter but the effort couldn’t be sustained as the Knicks dropped their third straight game, 91-103 against Portland Trail Blazers.

Porzingis returned to the lineup after missing the previous game, instead, Enes Kanter missed his third game due to back spasms. Without him, New York failed to get a win.

The Trail Blazers, led by Damien Lillard (32 points), took a confident 26 points lead at the end of the third quarter. The Knicks attempted a comeback and after a partial of 14-0, they managed to cut the lead to 8, with 1:15 on the clock. Lillard and Jusuf Nurkic, however, managed to secure the win and take Portland to their 13th win.

“That game was low-energy. I thought our energy was not good enough the first three quarters.”

Joakim Noah made his season debut after being benched since his suspension was over but was played for just 3 minutes, time in which he scored 2 points, grabbed two rebounds and dished one assist.